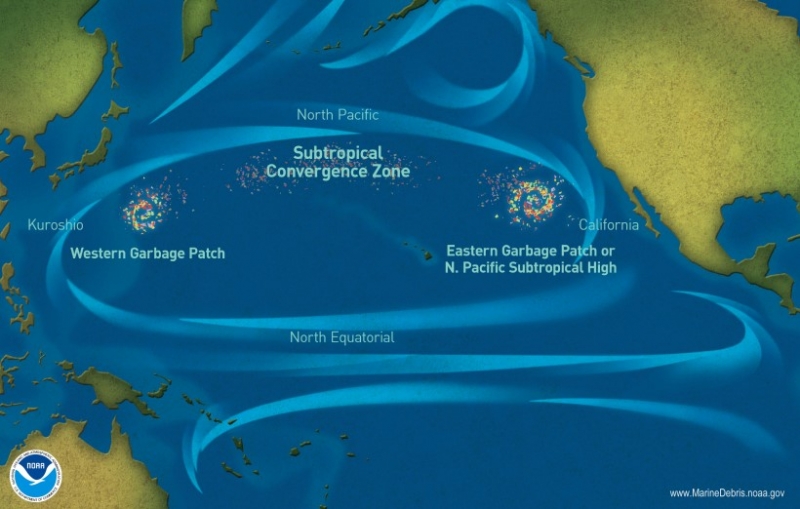 As if the novel coronavirus weren’t enough, there’s another invisible enemy lurking off our shores. Five giant spiral currents or “gyres” in oceans around the globe sweep in and trap floating debris. The largest gyre is home to a debris accumulation known as The Great Pacific Garbage Patch (GPGP). Perhaps you’ve heard that it’s the size of Texas and can be seen from space. But, according the National Oceanic and Atmospheric Administration (NOAA), those are myths. It’s insidious. You may have flown over it or even navigated through it without seeing it.

NOAA explains, “Because gyres are dynamic, the size of these concentrated areas is constantly changing, making it extremely difficult to estimate the size of garbage patches. In addition, although these areas have greater amounts of marine debris, they are not forming ‘islands of trash.’ Instead, this debris is continually mixing and is spread throughout the water column, from the surface all the way to the ocean floor.”

An expedition conducted by Algalita, a Long Beach-based marine research and education foundation, noted an enormous quantity of plastic debris of every description “from toothbrushes to tires and even a floating island bolstered by dozens of plastic buoys used in oyster aquaculture that had solid areas you could walk on.”

But this floating debris is just the tip of the iceberg. According to NOAA, microplastics (plastic pieces less than five millimeters in size) make up the greater part of garbage patches. Sun, wind and waves break larger plastic debris into microplastics. “Other microplastics are manufactured at this size, such as microbeads found in some personal care products or microfibers from synthetic clothing.”

Subsequent expeditions by Algalita have revealed that the accumulation of debris is growing and little is being done to mitigate the problem. Research revealed that debris in the GPGP was the highest density of anthropogenic, (human-produced) debris recorded anywhere in the world, with 99.8% of it consisting of plastic. Despite skepticism from NOAA, the Ocean Cleanup Project has set the ambitious goal of cleaning up 50% of plastic pollution in the GPGP over five years.

A prime example of the worldwide debris problem is Henderson Island, located near the middle of the South Pacific, and its accumulation of plastic debris. Its remoteness suggests that there is nowhere on Earth that is safe from plastic accumulation. And no wildlife habitat is safe. Virtually all marine life has ingested plastic debris to some degree. An additional problem is that the breakdown of plastic particles can exacerbate the spread of industrial chemicals.

Currently, there is nowhere on Earth that is plastic free. From the Arctic to the Antarctic, from the highest mountains to the remotest outback, every location has shown to have at least some degree of plastic contamination. The pollution is so widespread that maybe no wildlife or even domesticated animals have escaped ingesting at least some small amount. And it is likely that this is also the case for all humans.

This is a world health crisis. The time to take action is yesterday. Recycling is not enough. We need to end single-use plastic.

← Along the Path — Nature Close to Home: Entertaining and Enlightening
They’ve Been at It Since the Beginning, But We’re Fighting Back →