Along the Path: The El Segundo Blue Returns 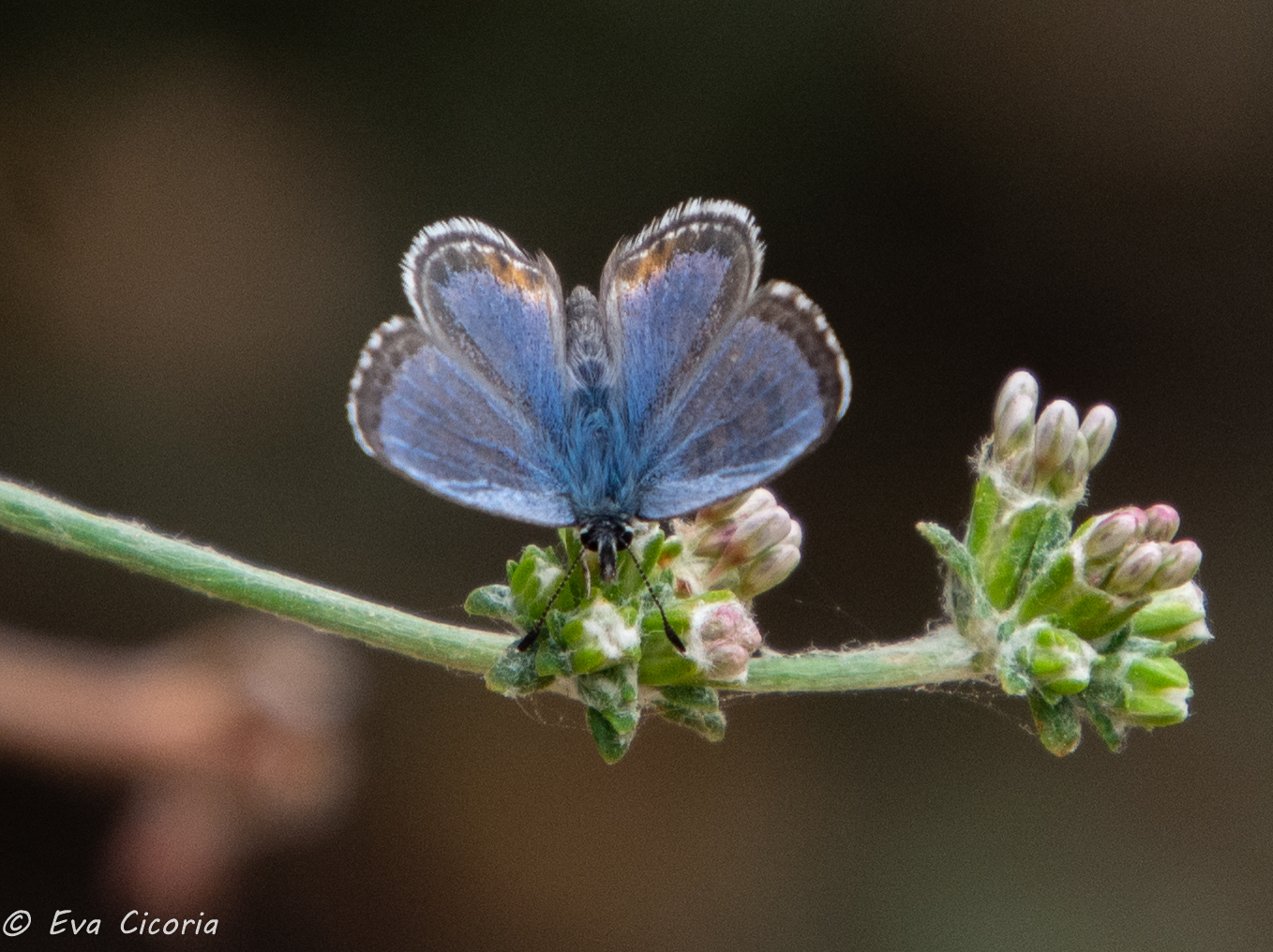 I scanned the prolific clusters of flowers, scattered like pink tinged cotton balls, across the bushy plant. The plant was maybe three feet wide by two feet high so it took a while. The people walking by on the path must have wondered why I was staring at a plant for so long. The flowers were pretty, and there were tons of bees, but that’s not what I was looking for.

Then suddenly, near the ground to the right, a flash of blue, then another. I found them! I watched several endangered El Segundo Blue Butterflies, each about as big as two of my thumbnails. The male’s wings are bright blue on top, with black markings on the hind wings. The female’s wings are brown on top. Both have light gray colored backs to their wings, with a beautiful pattern with a bright orange stripe surrounded by black spots.

I’d been hearing about the El Segundo Blue (Euphilotes battoides allyni), cousin to our Palos Verdes Blue Butterfly, for quite some time but I’d never seen one. The previous day someone told me they were out at Point Vicente so I decided to see if I could find any. And I was rewarded for my

perseverance. I watched them flit around the coast buckwheat (Eriogonum parvifolium), also called sea cliff buckwheat, which is their host plant. The butterflies sip nectar from the buckwheat’s flowers and seek out a mate there. The females then lay their eggs on the flowers. The larvae hide in the flower heads and eat them, especially the tiny seeds. When they pupate, they overwinter in the leaf litter beneath the plants.

The El Segundo Blue is named for the El Segundo Sand Dune system, the only place where the butterfly lives. This is the largest coastal sand dune system between the mouth of the Santa Maria River in Santa Barbara County and Ensenada in Mexico. One of the characteristic plants of this habitat is the sea cliff buckwheat, the host plant for the butterfly. The historic population size was probably about 750,000 butterflies per year, but coastal development limited its habitat and its host plant. Several groups are trying to bring the endangered butterfly back by planting sea cliff buckwheat in the right locations to attract the butterflies and it seems to be working at Point Vicente. As the California Native Plant Society (CNPS) says, “Garden as if life depends on it!”

There are many things we can do to help local populations of native butterflies. Here are some tips from the CNPS:

There are still many challenges for the endangered El Segundo Blue but some habitat restoration seems to be helping them succeed. We can all do something to help our native butterflies!