California Fires: The Good, the Bad, and the Ugly 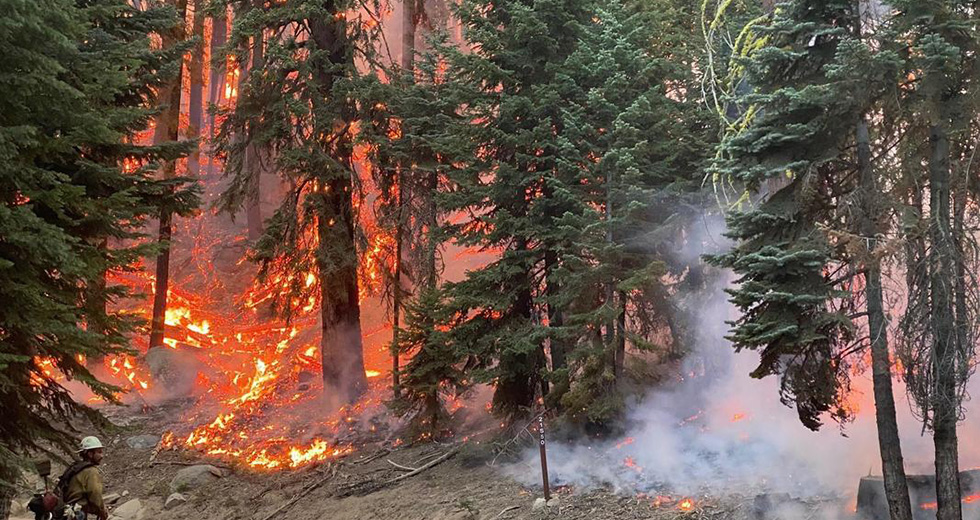 Fires are big news in California, unfortunately. Natural fires, caused by lightning strikes, volcanic eruptions, meteors, have occurred for millions of years. Today, though, 17 out of 20 wildfires are human caused: unattended campfires, out of control burning debris, carelessly discarded cigarettes, malfunctioning equipment and of course arson.

Climate change is a major problem too. Scientists confirm increased greenhouse gasses in the atmosphere raise the planet’s temperature and cause more extreme weather events, like lightning storms and drought.

For many years, we thought all forest fires were bad and we suppressed them, causing a build-up of forest litter. Rising temperatures and pollution weaken trees’ defenses against disease and cause more dead trees. This excess fuel makes fires burn hotter.  And we’ve built our homes further into remote areas, so fires are threatening more people’s homes, and sometimes their lives.

There’s the bad and the ugly, but what about the good?

Fire is essential to the health of most California ecosystems. Coniferous trees like the knobcone pine (Pinus attenuata), Bishop pine (Pinus muricata) and Sargent cypress (Cupressus sargentii) all have seed cones protected by tightly closed, resin-coated scales. Only high temperatures can open the cones and release the seeds. Fires also clear the forest of underbrush, exposing the soil and opening the forest floor to sunlight, which encourages new growth.

Chapparal (an ecological community composed of shrubby plants) is a fire adapted ecosystem, meaning most species can quickly recover. Fires are more frequent today, though. A recent study in the Santa Monica Mountains showed only 28 years until fire returned to an area. The return rate used to be 70 to 100 years. Therefore, communities don’t have enough time to recover between fires.

Like the closed cone pines, sequoia (Sequoiadendron giganteum), are fire dependent. The largest trees in the world by volume, only about 75,000 remain, scattered on the western slopes of the Sierra Nevada Mountains. The National Park Service says, Other than the change of seasons, fire is the most recurrent and critical process in determining the life history of [these magnificent giants.] Their thick (two to four feet), fibrous bark, insulates the living tissues of the inner bark from fire. A normal fire can burn back the forest floor litter and not harm the living trees. The exposed mineral soil becomes a prime base for the germination of sequoia and other seeds. Today, however, fires may burn so hot they go through the protective bark, damaging the heart of the tree, or escape to the canopy, burning the food-producing needles, leaving trees severely damaged or dead.

Chapparal has many fire dependent plants, like Ceanothus, the California lilac. There are 50 to 60 species of Ceanothus, most in California and Oregon. Bacteria growing on Ceanothus roots fix nitrogen for easy absorption, a natural fertilizer. Like many chapparal plants, Ceanothus leaves are coated with flammable resins that fuel a fire. The seeds require intense heat for germination and the fire-resistant roots let the plant resprout quickly afterwards.

In contrast, our local coastal sage scrub habitat is not adapted to frequent fires. Once burned, it can easily degrade from the mature mix of species to one of non-native annual grasses.

Fires have an important role to play in natural ecosystems. We need to learn ways to facilitate healthy fires–and protect our homes and communities.  We want to keep the good and eliminate the bad and the ugly.